People are quite into games in smart phones, like Pokémon Go. These smart phone games are absolutely appealing and addictive. Some people think it a waste of time, and some don't. Let's put it this way, if a game like Pokémon Go, makes you happy, what's not to love then? But it's really a pain in the ass when suffering a dead phone battery. You could be dying to resume the game and there's no way you wanna ditch the phone until you get the game resumed and perfectly done your way. This article is trying to introduce some useful tips that will fix frequent dead battery in cellphones. Admittedly the game Pokémon Go is inviting and inspiring. But for long time playing, you might want to figure out some ways to save your phone's battery. No doubt, to effectively save battery, lowering your screen brightness is second to none. On the other hand, it's also good to your eyes. With screen brightness lowered, you might as well check your phone's running apps, shut them down if necessary, shut the Bluetooth, disable other background apps, that might drain your battery ruthlessly. For optimal battery saving, you might consider killing the volume as well.

Get a Pokémon Go Power Bank 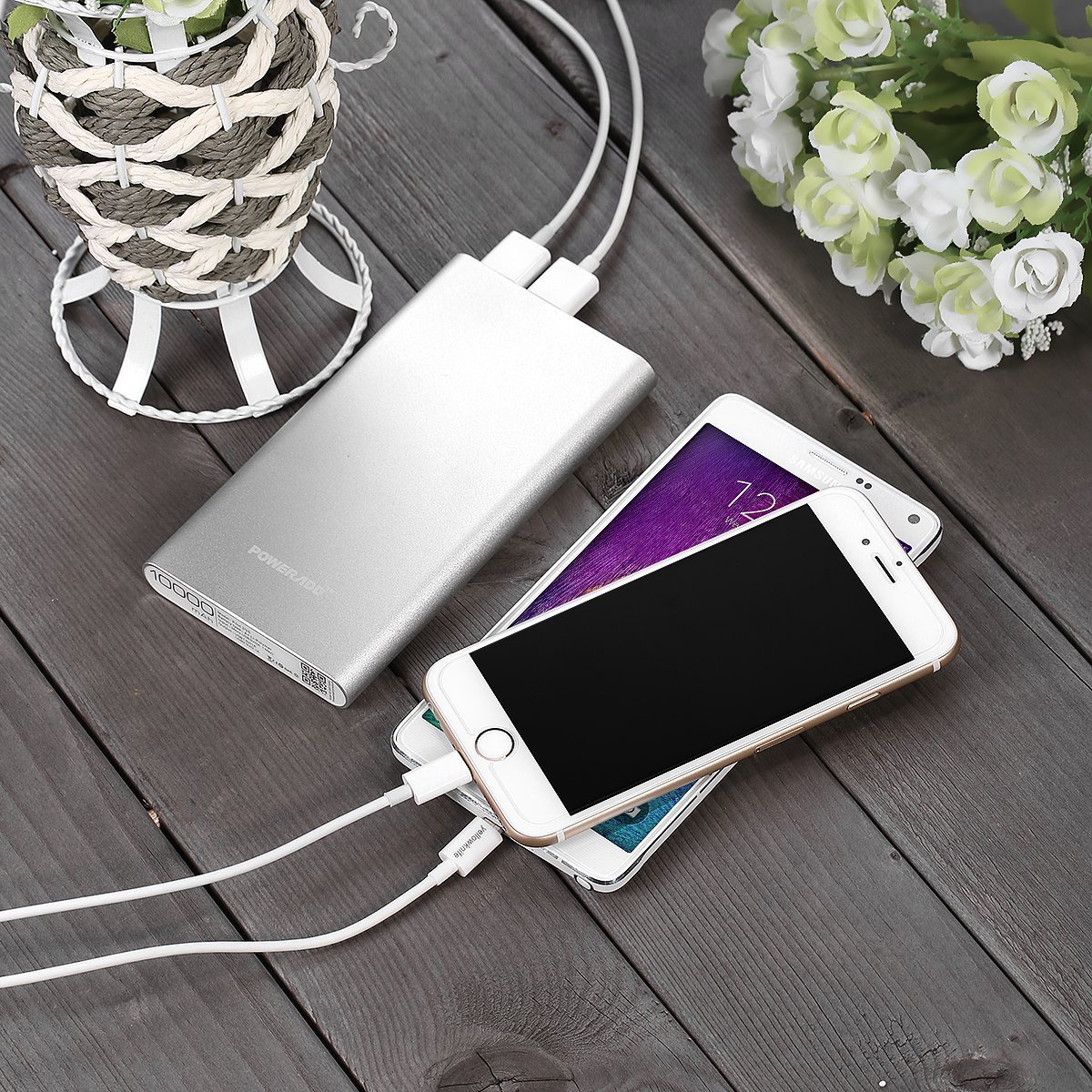 However, if the tips recommended make you too tense and restless in order to save a phone's battery, we might come up with a battery way instead, namely, get a Pokémon Go power bank. A dedicated Pokémon Go power bank, probably with a whopping capacity 10000mAh or 20000mAh, will definitely keep your phone battery well charged. As usual, a 10000mAh power bank contains power that is able to give a smart phone several solid charges, let alone a 20000mAh power bank. As for such large capacity power banks, we recommend a typical and useful model: Poweradd Pilot 2GS 10000mAh Portable Power Bank. Considering the price and the solidly-built sturdy design, most importantly the high capacity that makes your phone battery stay charged conveniently, this power bank is a pretty good choice to back your Pokémon Go up.

Get a Pokémon Go Battery Case Aside from cellphone setting to save battery and a power bank to charge, it's also a fantastic idea to buy your phone a battery case, such as mophie or UNU, which will keep your phone always energetic to play whatever games rather than just Pokémon Go. Beside the tips, and power banks to keep your Pokémon Go and phone going strong, you may still need the best quick charger 3.0 power banks that found to be particularly good.

Limited Sales For All You!